Percentages Not In Our Favor 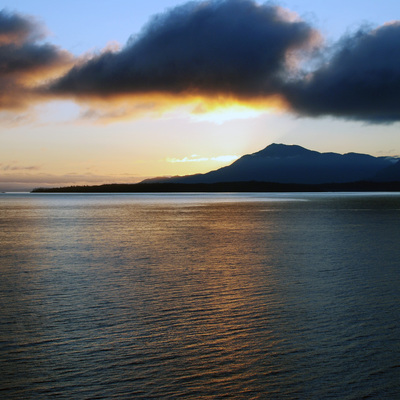 Throughout this trip we've had percentages against us. Sometimes we'd lucked out (seeing Denali three times), other times the house won (the bears in Hoonah). In Ketchikan, Alaska, it rains about 300 days every year. Yes, 300 days. For reference, Seattle gets less than 40 inches of rain every year.

We lucked out. Not only did it not rain, the sun was out and offered a beautiful day for us and our last excursion—sea kayaking. (Here's a cool article about the misconceptions of how much rain Seattle gets.)

A long bus ride left us at a dock with 8 other tourists and a captain. We rode a small motor boat around a few islands before we arrived at our launching point. The island we arrived at was part of Tongass National Forest, and it was lovely.

10 people and 2 tour guides is how we'd like to spend every excursion. It was relaxing. We were away from boats, waves, people, everything. We spent about an hour kayaking around a smaller island, and it was delightful. There were bald eagles and a few sea lions. The sea lions were funny to watch. They'd poke their heads out of the water to get their bearings, and then dive and continue on their way.

On the boat ride back to Ketchikan, we saw a baby bald eagle learning to fly. We stopped and watched. It was fascinating. They only have one chance to make it, so they needs lots of practice. This one climbed up the side of the nest and then jumped in the middle, while trying to sustain itself in the air. 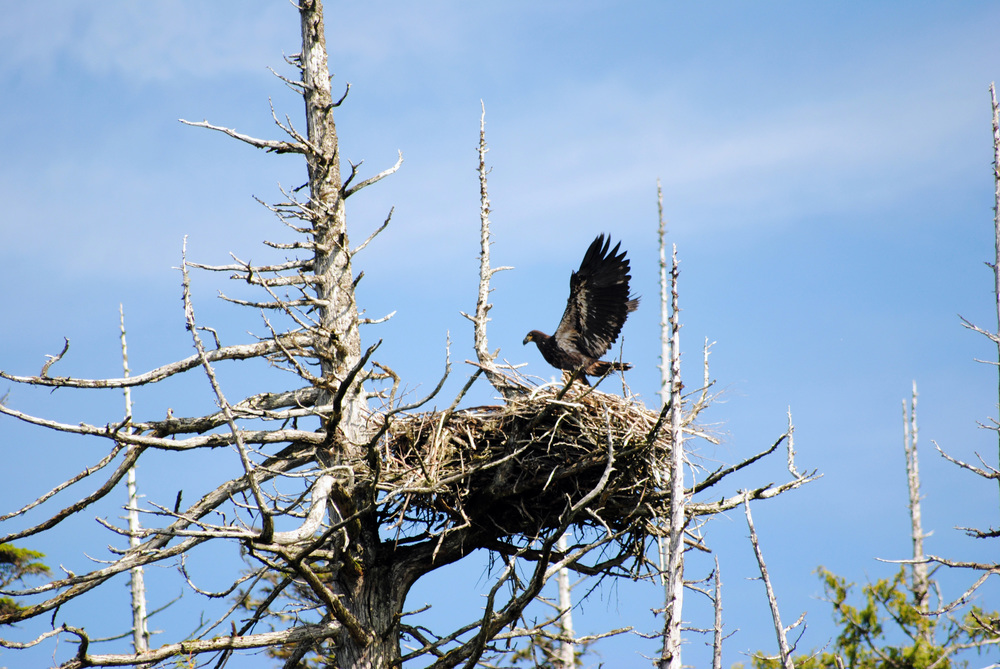 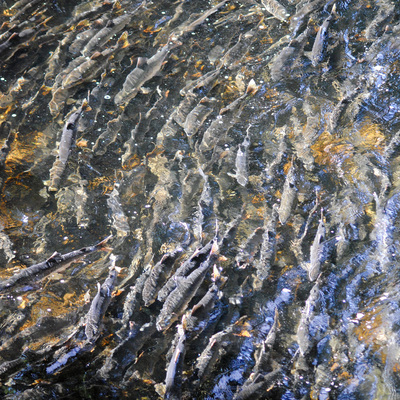 We had some time to explore the city when the bus finally brought us back. We grabbed some local seafood and did a quick walking tour. This place is filled with salmon runs, which is really cool to see in August. We were told in September, the entire city smells like dead fish, and I totally believe it, based on the number of fish we saw.

Back on the boat, we turned our cocktail hour plans into chess, and I lost, badly.